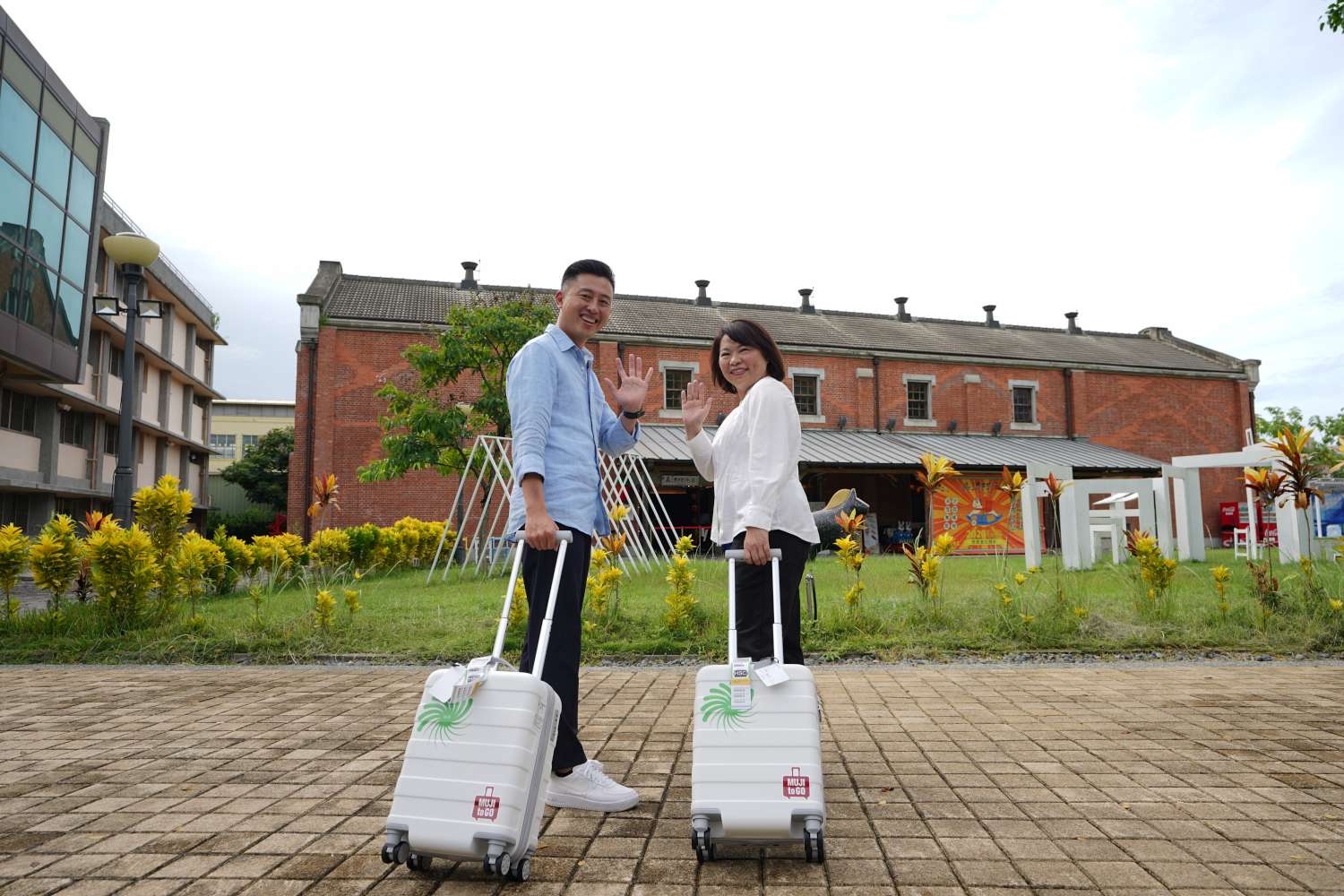 The fourth destination on Hsinchu Mayor Lin Chih-Chien’s “Design power, Please Lend A Hand tour was Chiayi City. Together with Chiayi City Mayor Huang Ming-Hui, he visited G9 Creative Park and Chiayi Lumber Factory. Hsinchu and Chiayi will hold the Taiwan Design Expo one after the other in 2020 and 2021. The two mayors exchanged their experiences in planning the event, hoping that added value of greater than 2 can be achieved by 1+1 and more resources and momentum can be generated.

G9 was formerly Chiayi Winery. Facilities such as the bottle washing machine, wine barrels and chimney etc. have been preserved and many cultural and creative operations have moved in, including Our Theater which has appeared in the Hsinchu Midsummer Arts Festival and received a rapturous welcome from citizens; Lun’s Wood Workshop seeks to merge wood into life and promotes the advantage of wooden products in regulating air humidity. The two mayors tried their hand at woodworking by hand and made stools.

They also visited Chiayi Lumber Factory where many historic buildings have been preserved. There is also a large green area that was once the timber pond.

Mayor Lin said that Chiayi City and Hsinchu City have many things in common; they are the oldest cities in the southwest and north of Taiwan, respectively, have many historic site clusters and the many talented people the two cities have produced over many years have blessed both with rich culture. He said that the Chiayi experience will certainly enhance the Taiwan Design Expo in Hsinchu in October this year

Mayor Lin said that the design power of Chiayi is shown in its transformation of Chiayi Winery into G9 Creative Park, bringing in cultural and creative industries, letting young people return to Chiayi to start a business, as well as attracting crowds of tourists. Chiayi has used unique design power to activize historic spaces and attract the cultural and creative industries. Chiayi City Mayor Huang Ming-Hui said that design is an important force for a city’s progress and recommended that everyone Check in Hsinchu.