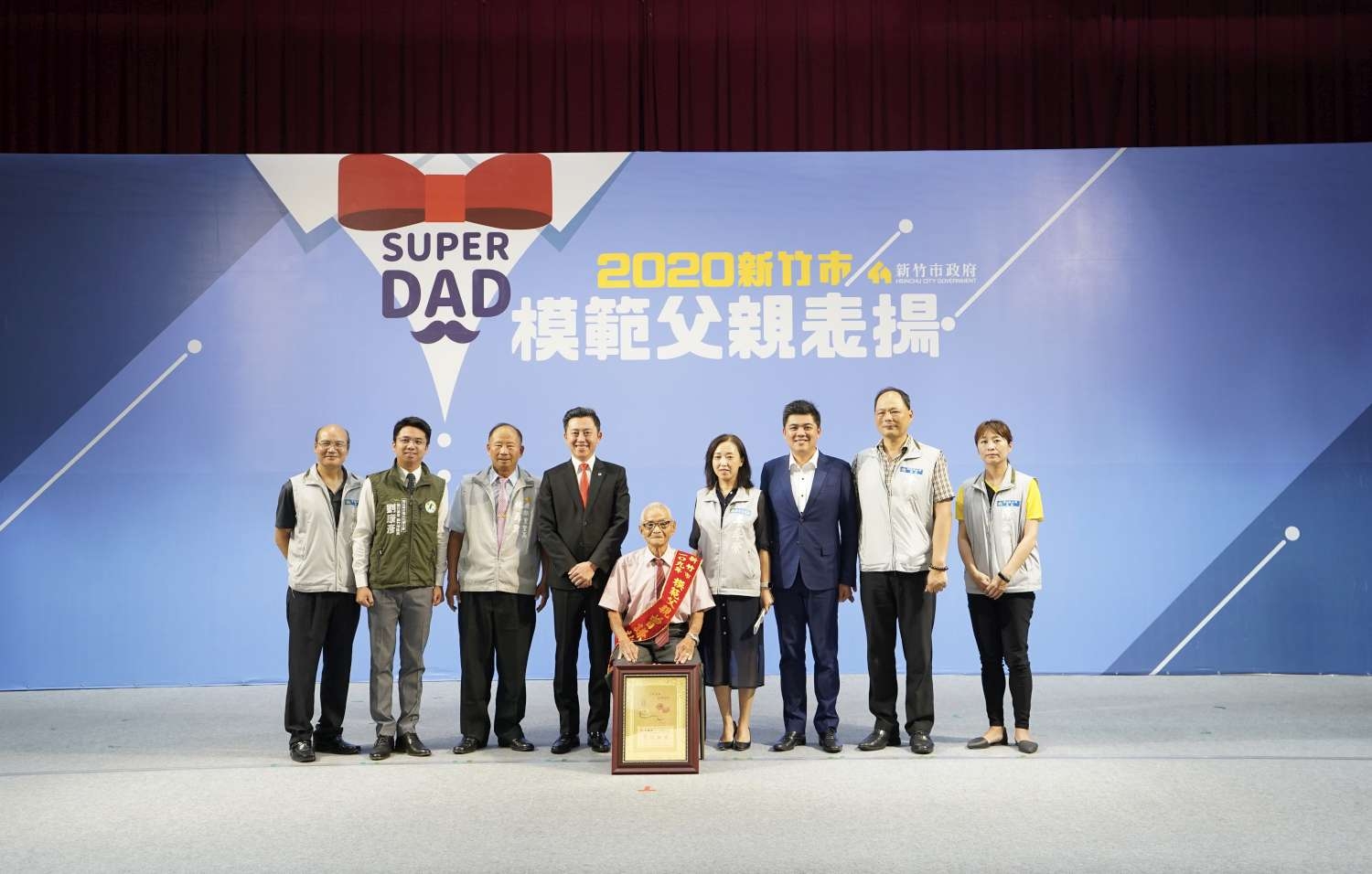 With Father’s Day approaching, Hsinchu City held an event to commend the model fathers of 2020 at the assembly hall of Chien-Kung Senior High School on August 1. 161 model fathers were chosen, the youngest 40 years old and the oldest 100 years old. They not only work hard in their jobs, they also take care of their families, some support a sick child, some take care of their grandchildren. 100-year-old Tseng Qian-Cheng has nine children, who were led onto the stage by Mayor Lin Chih-Chien, the scene moving all in attendance. Mayor Lin presented plaques and thanked all the hardworking fathers, wishing fathers everywhere Happy Father’s Day!

The Department of Social Affairs said that Tseng is the oldest model father commended this year. He raised nine children as a farmer. His daughter said only one or two students carried on in education after elementary school in each class in the early days. But her father still insisted that all his children stayed in school. Even though the family struggled to make ends meet, her mother had to do home subcontract work in the evening and all the kids had to help with the farm work, all of Tseng’s children graduated from senior high school.


The youngest father to be commended was Chen Zong-Yuan who has an autistic son. Chen said that he usually takes care of the child on his own. No matter how much patience or time is required, he has always kept him by his side and taught him personally, never giving up; he attends each individual student education meeting held by the school and does his best to carry out the teacher’s suggestions. He faces everything with optimism and has become his son’s most solid support.

Mayor Lin thanked the 161 model fathers for their efforts with regards to their families and to Hsinchu City, saying they are the “best male lead actors”. He said the love of a mother and father is the same, both always love and cherish their children. The event was held to commend good fathers and wish all fathers Happy Father’s Day.