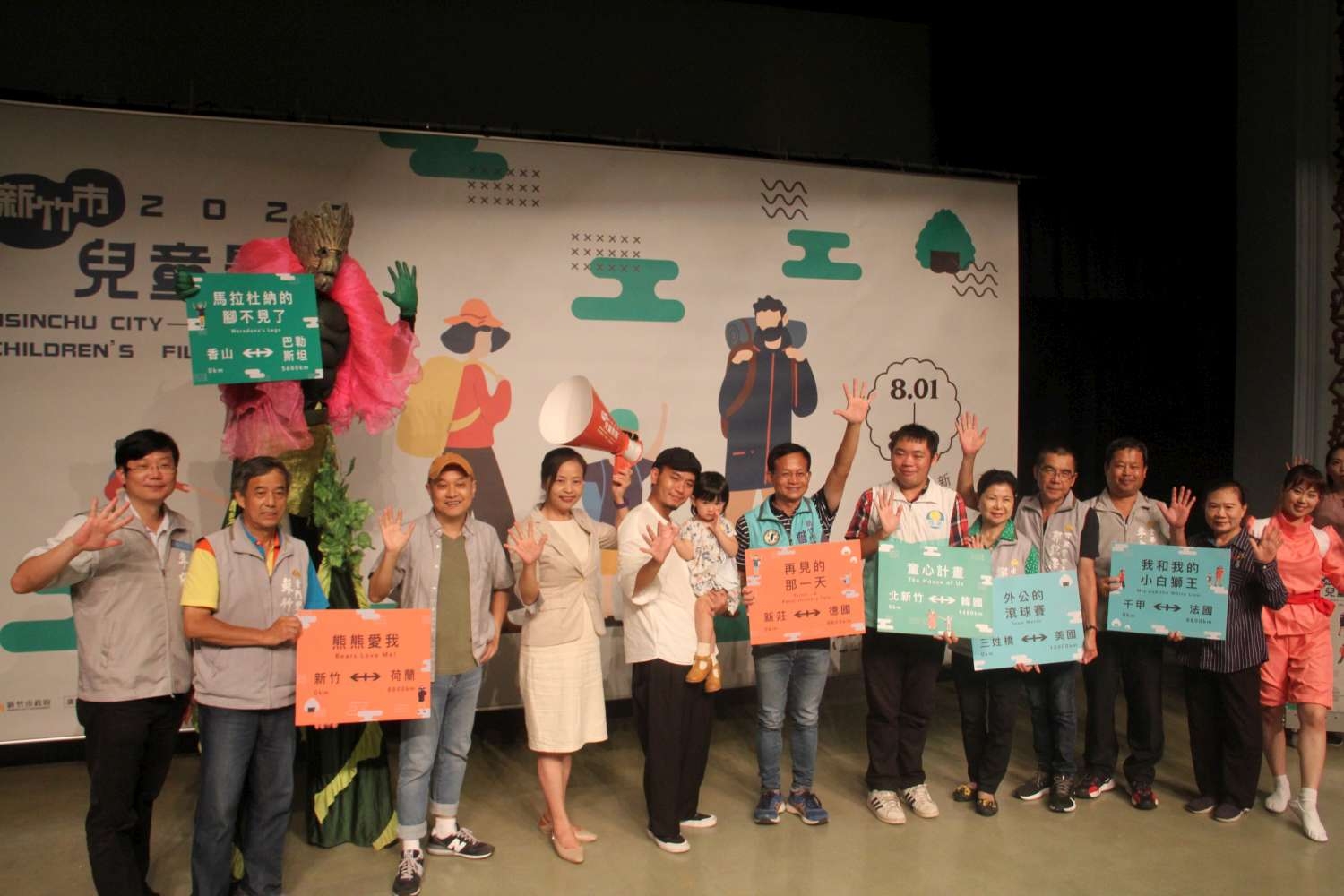 Happy summer vacation is here! Hsinchu City Children’s Film Festival will begin on August 1. The theme this year is “journey”, the festival allowing children to travel the world through films without leaving Taiwan. The festival will run for one month, with three films shown every day, six days a week, and 73 showings in all of films from 15 countries including Germany, South Korea and Pakistan; of these, 11 films from the Netherlands, Norway and Germany etc. will be shown for the first time in Taiwan; there will also be four star light outdoor film showings that will show the popular Toy Story 4, Lion King and Frozen 2 etc. Hsinchu Mayor Lin Chih-Chien said that tickets for the indoor film showings cost just NT$20 and will be available from noon on July 22.

Mayor Lin said that this year most film festivals around the world have been cancelled or held online and few museums and film theaters have been open. In Taiwan, where the epidemic prevention effort has been a success, Hsinchu City Children’s Film Festival luckily has become one of a small number of special cases and will go ahead as planned at the Image Museum. This is possible because citizens follow the government’s various epidemic prevention measures.

Tickets are needed to watch the indoor film and theater group shows, each costing NT$20. They can be bought through the Era Ticket website and 7-11 i-bon and Family Mart FamiPort machines etc. Tickets will also be sold 30 minutes before each showing onsite. There will be film showings outdoors on Saturday at 7pm on August 1, 15, 22 and 29 at Xiangshan Elementary School, Yanshui Park, Qingcaohu Night Market and Beixin Park; there will also be four free star light outdoor film showings.
For more information about 2020 Hsinchu City Children’s Film Festival, go to the Cultural Affairs Bureau website at http://www.hccfilmfestival.com, or call the Image Museum on 03-528584 or citizen’s line on 1999.