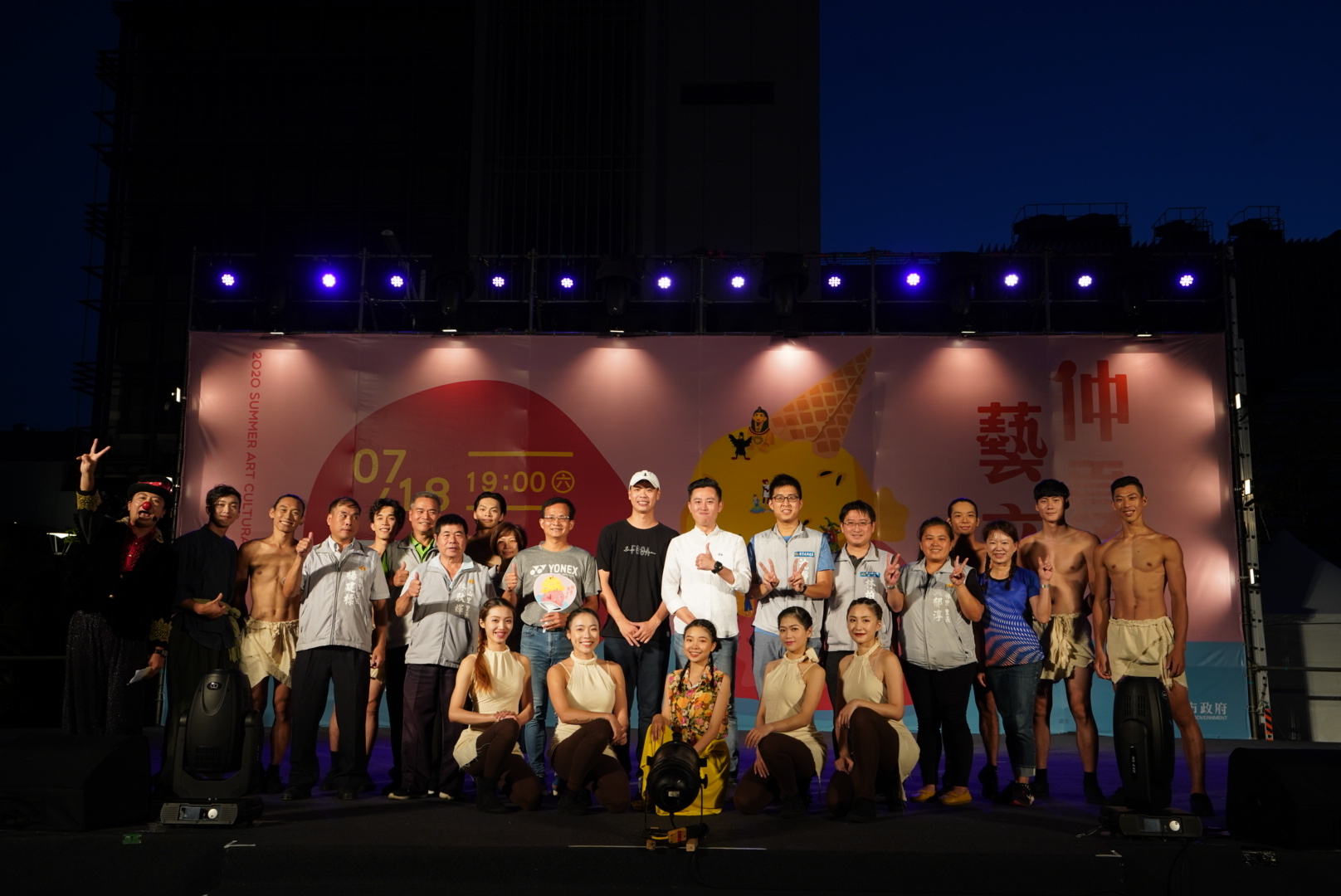 Following the opening performance of Hsinchu Midsummer Arts Festival on July 11 by U-Theater that filled Dananya Park to capacity, the second performance was held in the car park beside Xiangshan Administration Center on the evening of July 18, with Mayor Lin Chih-Chien in attendance alongside citizens. FOCA Formosa Circus Art performed Leaping Taiwan, a stunning show with acrobatics and song and dance. With performers swinging through the air and music and theatrical effects, the audience of around 3,000 people gasped at the miraculous sights that were presented.

Mayor Lin said that this is the sixth Midsummer Arts Festival after the first in 2015 and, in all, over 120,000 people have so far viewed performances. It is a much-anticipated grand event on the arts calendar in Hsinchu. This year, the city government has added more performances and provided a stage for young people who love arts performance. He invited everyone to visit Hsinchu to see the performances in summer and said the contents of performances are being continually refined. Visitors won’t be disappointed by the arts feast they will be served.


FOCA director Chen Guan-ting said that Leaping Taiwan is based on Taiwanese history, beginning from the time thousands of years ago when the only inhabitants were indigenous people, combining traditional acrobatics with songs and adding modern dance elements; through performances such as balancing on chairs, stacking Arhats, stilt walking, Cyr wheel and cube spinning etc. accompanied by the music of different ethnic groups and eras, it displays Taiwanese culture in different periods.


The performances of the Midsummer Arts Festival are all free of charge and begin at 7pm. Be sure not to miss the shows! Everyone is invited to visit Hsinchu in summer to see good performances, stay in a nice hotel and enjoy good food! For performance related information, go to the Cultural Affairs Bureau website at http://www.hccg.gov.tw/ or call the special line 03-5337980 or the citizens’ hotline 1999.