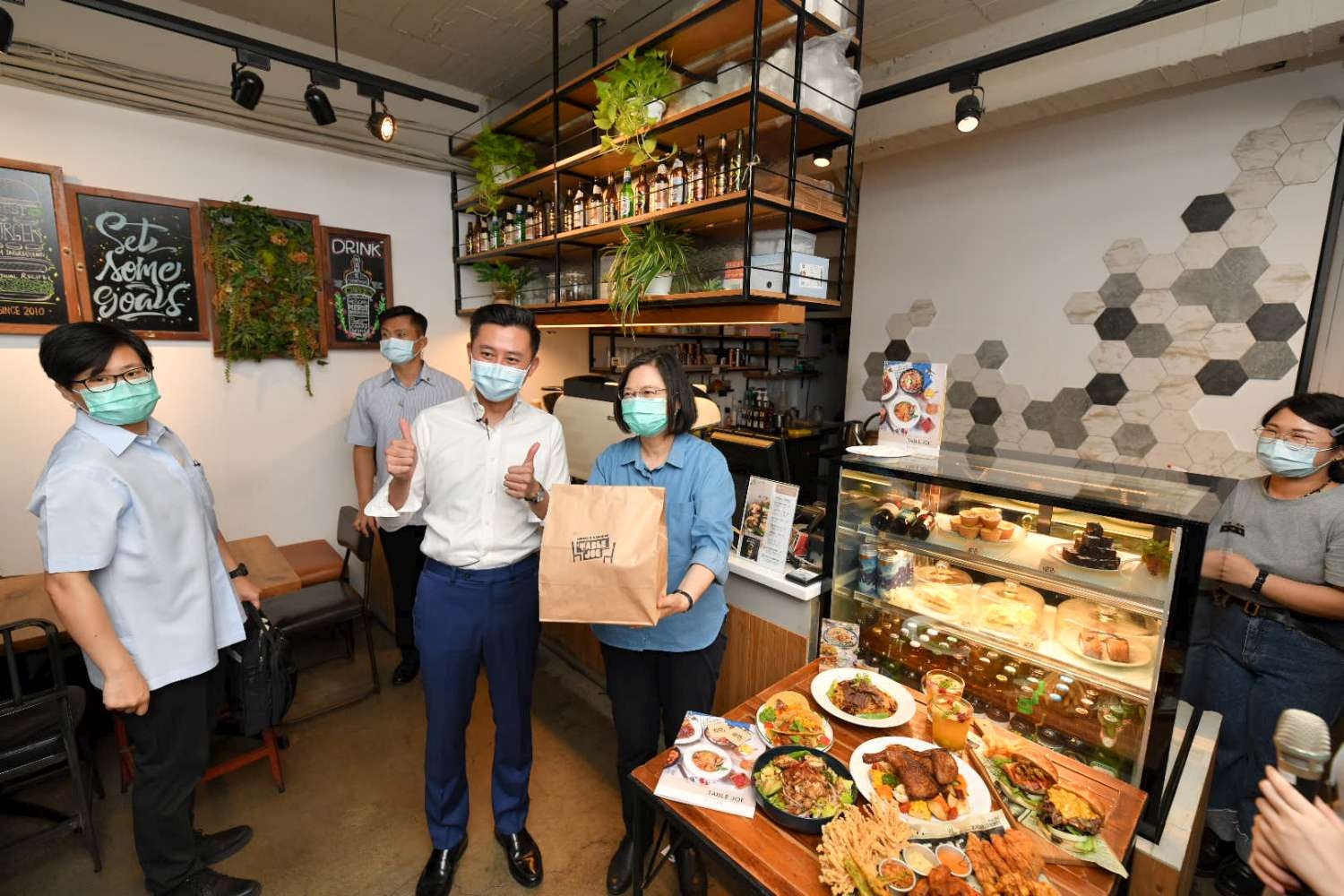 Triple Stimulus Vouchers are all the rage in the post-Covid era. President Tsai In-Wen had her first Tripe Stimulus Voucher experience; accompanied by Mayor Lin Chih-Chien, she took a stroll in the waterside space of the Longen Ditch and used NT$200 and NT$500 vouchers to buy food and Thai food at a nearby hipster store and food store. Mayor Lin invited people to bring their vouchers and follow in the president’s footsteps, buying things at stores big and small in Hsinchu City.


Longen Ditch Park was previously affected by problems such as accumulated water in low areas, uneven ground, old facilities, and occupation by various objects. It has become a new scenic spot after being renovated by the city government and addition of barrier-free path. Nearby there are food shops, Thai restaurants and sweets stores that are beautifully decorated and attract many Internet celebrities.


President Tsai said that Hsinchu is a lovely city that is pet and pedestrian friendly. She said it feels really good to stroll in Longen Ditch Park and enjoy the “walking city” built by Mayor Lin; the park is not only beautiful, there are restaurants selling tasty food at the side. She said that Hsinchu never disappoints her. The amount of Triple Stimulus Vouchers isn’t much she said and they might be spent quickly, however, she expressed the hope that people who have the ability to spend more will do so and help the economy recover by doing so.

Mayor Lin said that improving Longen Ditch Park began upstream and then involved improving the overall environment. His aim was to give citizens a better living space and he didn’t expect that it would attract young people back to their home town to set up businesses next to the park; their common feature is that they are young and have brought a lot of creativity into play in decorating old buildings. Like Hsinchu, this young old city, they continue to emit charm and hope to be seen. Everyone is invited to come and experience Hsinchu’s good food, good fun and good shopping.