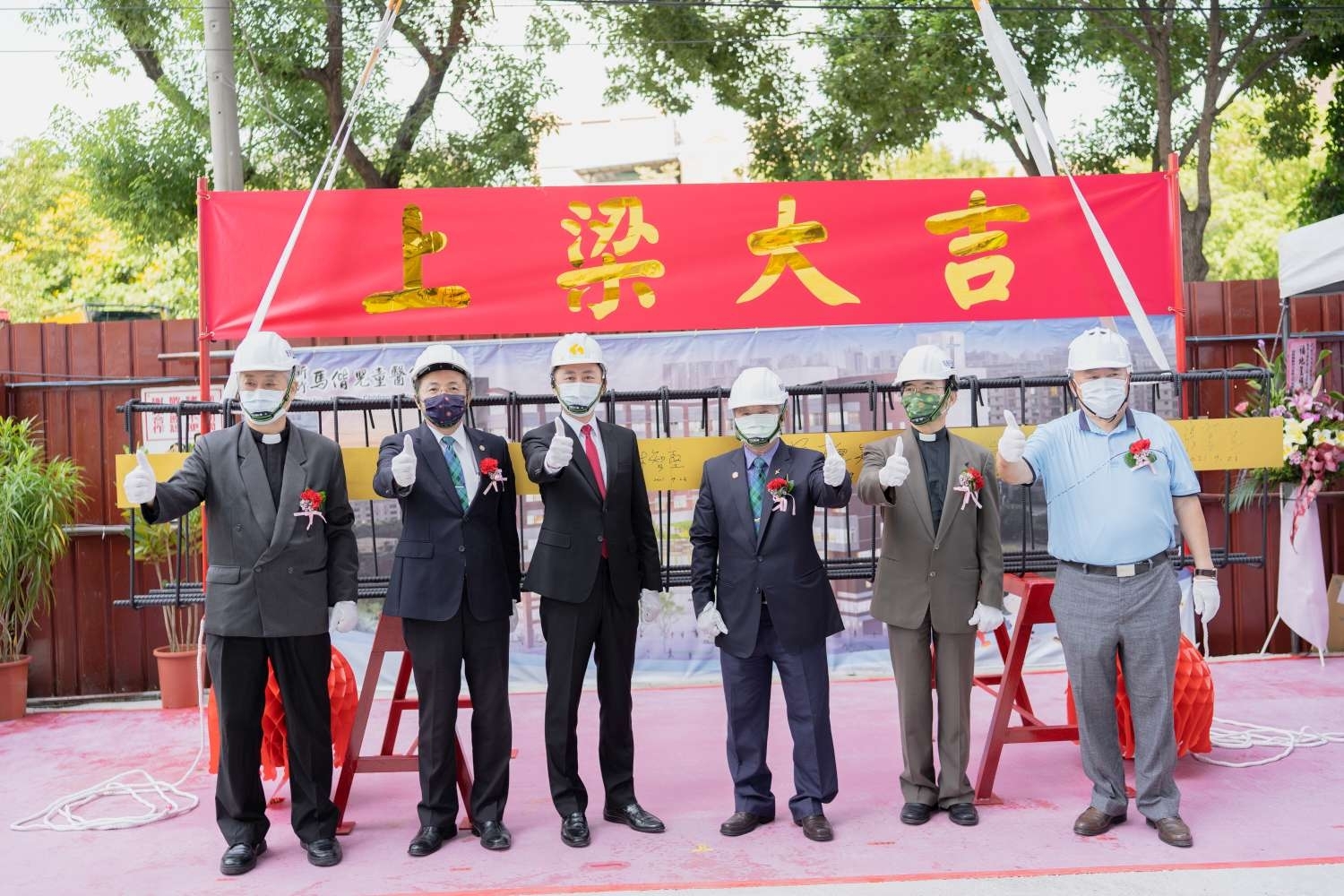 The first hospital for children in the Hsinchu region and the first local government BOT hospital in Taiwan held a beam raising ceremony on September 23rd. Hsinchu Mayor Lin Chih-Chien, Chairman of MacKay Memorial Hospital Hsiao Tsong-Ying, and Dean of Hsinchu MacKay Memorial Hospital Weng Shun-Long jointly participated. Mayor Lin Chih-Chien said that the project is an important construction that parents in Hsinchu have been looking forward to for more than 20 years. It was also his first promise when he ran for Mayor. After he took office, he actively promoted this project. Initially, there were no land and funds. Now, the progress has exceeded 40%. It is estimated that it will be completed on Children's Day in April 2022. It will be the best gift for children in the Hsinchu region.

The Public Health Bureau pointed out that Hsinchu MacKay Children's Hospital is located at Lane 22, Jiangong 2nd Road. The City Government has cooperated with MacKay Memorial Hospital in this BOT project and invested NTD three billion. The hospital will have four floors underground and 10 floors above ground. It will provide exclusive medical services for children with more than 400 beds and 32 departments. There will also be a 24-hour pediatrician emergency department, which will combine obstetrics to create an integrated maternal and child medical service.

Mayor Lin Chih-Chien stated that Hsinchu is a children's City. There are 200,000 children under 18 in Hsinchu, including 90,000 in Hsinchu City and 110,000 in Hsinchu County. Children account for nearly one-fifth of the one million population in Hsinchu, but the medical environment is not perfect. As a father of three, he also experienced his son's illness. At that time, the doctor said that his son would be in coma if he arrived at the hospital a few hours later. He blamed himself very much, realizing that parents' lack of medical knowledge would harm their children. Therefore, building a children's hospital became a vital mission for him as the Mayor.