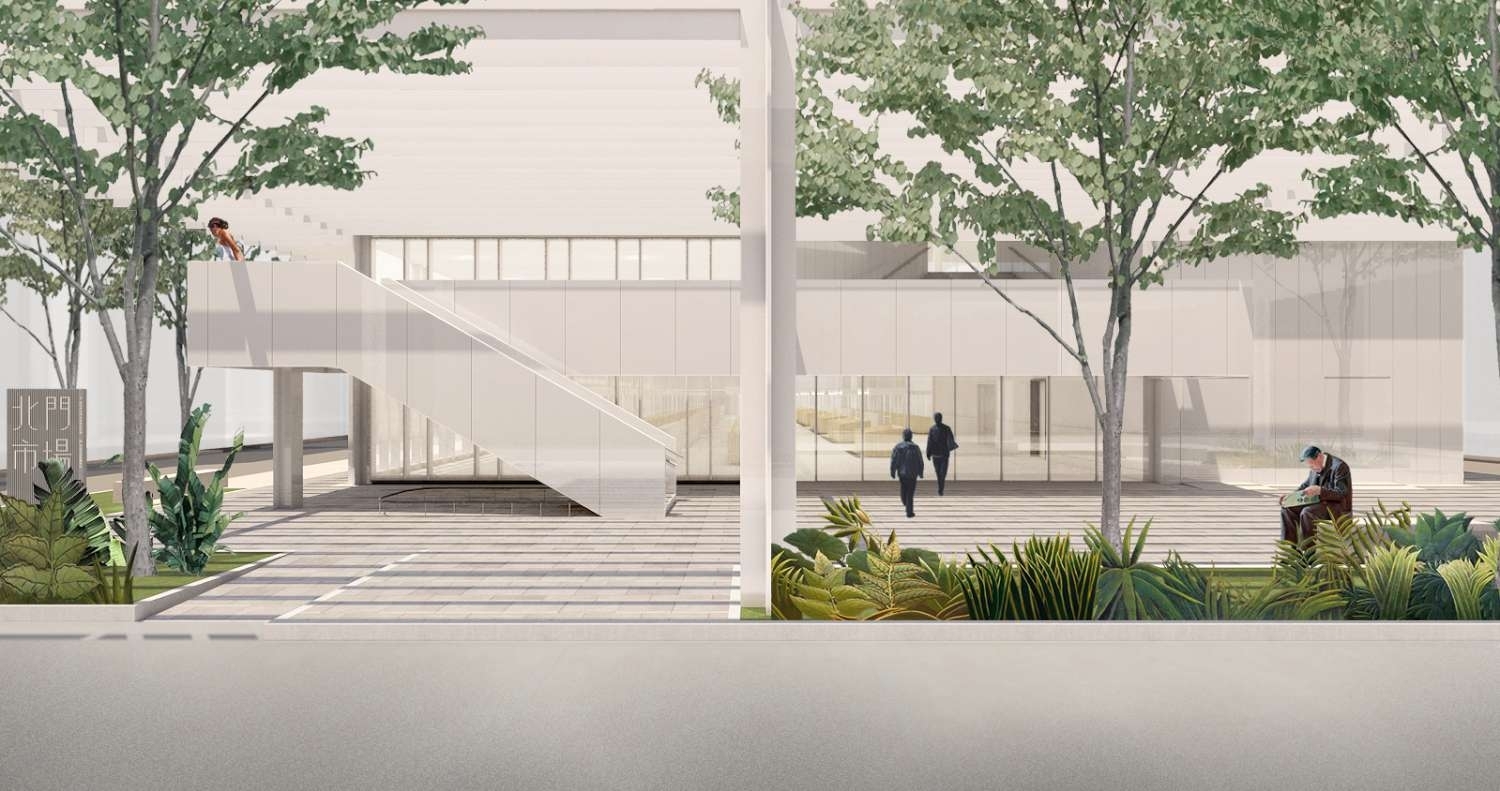 Hsinchu Mayor Lin Chih-Chien stated that the Hsinchu City Government invested NTD 67 million to rebuild the nearly century-old Beimen Market. The reconstruction has started and will create a two-story gray-white modern market with a simple style. On the second floor, the new design included a new public gathering space, a multi-functional market, a plaza, skylights, and so on. Considering that the surrounding residential buildings are dense and the main road is only seven-meter-wide, the volume of the building will be smaller for more walking and resting spaces. On the other hand, the number of stalls will increase to 62 stalls. There will also be more parking spaces for cars and motorcycles than before. This friendly building that caters to the environment and meets the community's needs won the Golden Quality Award of the FIABCI-Taiwan Real Estate Excellence Awards 2021 among the best planning and design quality category!

According to the City Government, Beimen Market is one of the oldest markets in Hsinchu City. It has been a public market for nearly a hundred years since its development in 1926 during the Japanese Occupation. 56 years have passed since the existing buildings were rebuilt in 1965. Of the 57 stalls, only 25 are still in operation. The associations of professional technicians assessed factors such as old buildings, insufficient earthquake resistance, fragile geological environment, etc., and thus concluded that the building is unsafe. The City Government sought funding from the Forward-looking Infrastructure Development Program to plan and rebuild Beimen Market. Currently, the project has started and is expected to be completed by the end of 2022.

Architect Wei Tze-Chun said that the main body of the building is a steel structure. A light and simple building body will be formed with a special cross-steel-column structure, a detailed grille roof, and crystalline hollow panel exterior walls. There is a square in the southeast corner to provide a place for community activities. The market will become the living room of the public. People come here not only to buy groceries but also to exchange information in a high-quality space. Through this design, new aesthetics of the local markets will be established.

The Department of Economic Development stated that the existing buildings of Beimen Market were completed in 1965. The first floor of the new building will be 1242 square meters. It is planned to be a traditional market and initially planned to accommodate 62 stalls. The second floor will be about 264 square meters, and it is planned to be a multi-functional market and public gathering space. The overall design of the building emphasizes lighting and ventilation, including translucent facades and skylights that allow light to shine in and create a bright feeling.