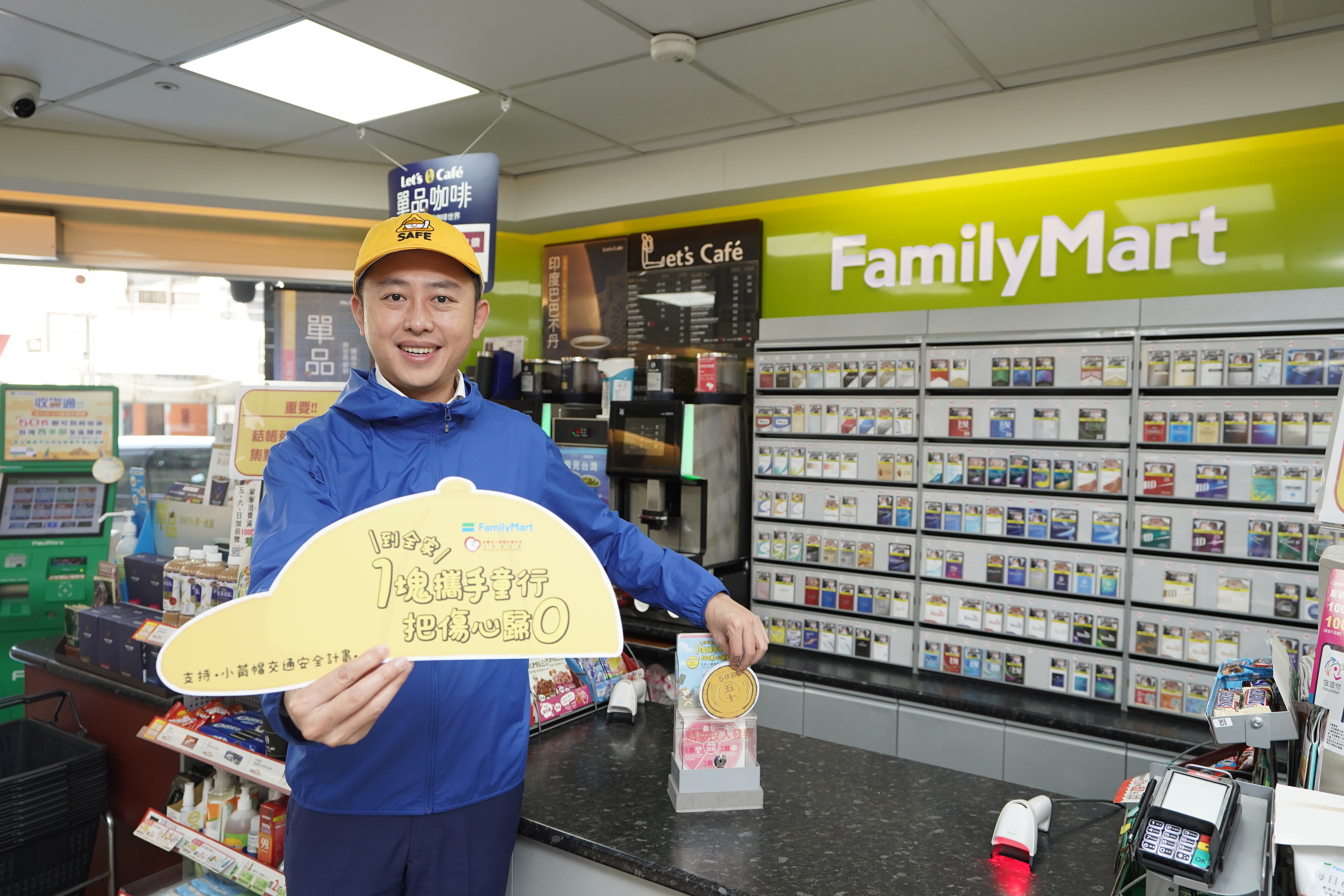 Hsinchu City Mayor Lin Chih-Chien visited FamilyMart on April 26th to donate money in response to Jing Chuan Child Safety Foundation's "One Dollar to Walk with Children" campaign, supporting children's traffic safety education and publicity activities. He said that Hsinchu City is a children’s city. The population of children under the age of 14 accounts for 17% of the City. To protect all pedestrians, the Hsinchu City Government has built school zone sidewalks at 16 locations and 29 schools in recent years, laying underground cables in 42 junctions. Also, volunteers, teachers, and policemen work together to guard children around campuses, allowing them to go to school and go home safely. Various traffic safety methods were recognized by the Ministry of Transportation and Communications last year, winning eight gold medals in the "Golden Safety Award."

Mayor Lin Chih-Chien said, “After getting out of cars, everyone will be a safe pedestrian.” The City Government has strived to create a pedestrian city for many years. Most people are willing to cooperate with the improvement project of verandas to build walking routes for students in the City. Also, the transportation hardware was improved to facilitate traffic and pedestrian safety, including the relocation of crosswalks, Z-shaped crosswalks at large intersections, and widening visions in intersections by signal alignment and laying underground cables. Those "human-centered" designs create a friendlier and safer traffic environment.

The Department of Education said that Hsinchu City promotes traffic safety education to educate students as well as reminding their parents. Moreover, taking students to life education outings allows them to reflect on the importance of traffic safety. Traffic guidance volunteers are arranged to guard students during school hours. Some schools also actively cooperate with the local police stations. Relevant courses allow concepts of traffic safety and law abidance to take root from an early age, rising students’ awareness of being safe pedestrians.