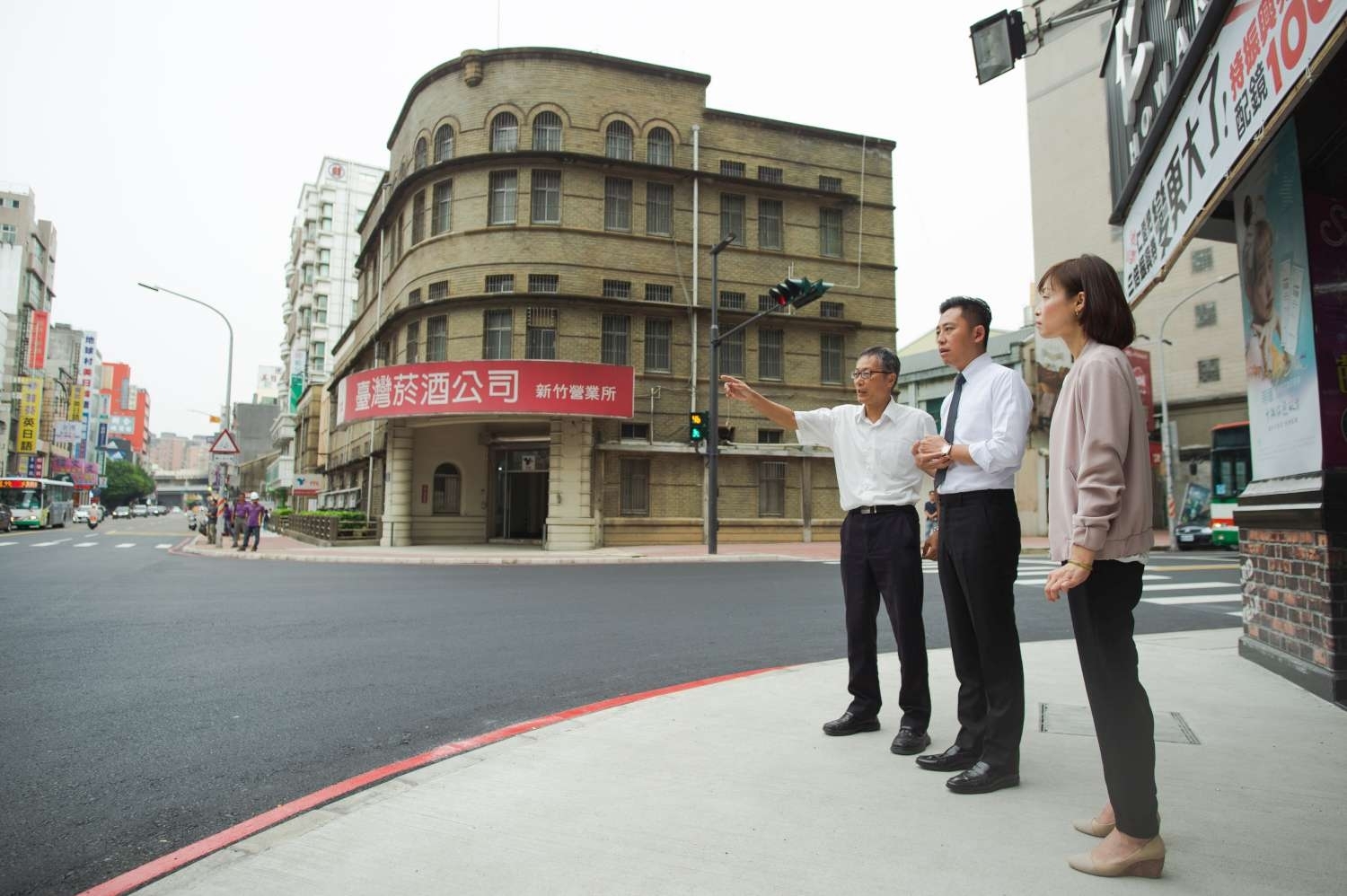 Mayor Lin Chih-Chien visited the “Monopoly Bureau Hsinchu Branch” today. He expresses that the building is very distinctive, and because it is located within the pedestrian zone of the old town, close to the Hsinchu Railway Station, Dongmen City, Hsinchu State Library, Hsinchu State City Affair Office, Hsinchu Prefectural Hall and Principal Xin Zhi-Ping’s Former Residence, it is therefore both an important piece of architecture in the old town and a major part of the citizens’ collective memory.

According to the Hsinchu City Cultural Affairs Bureau, the Hsinchu Monopoly Bureau sits on a street corner, designed with a circular surface and two sides that grow taller toward the center of the building as the floors increase. To emphasize the image of an entrance, the entry is similar to that of a central tower, and due to the influence of modernism, the design consists mainly of horizontal lines and rectangular windows, which was considered an extremely advanced design style at that time.

In order to properly exhibit the beauty of the architecture of the “Monopoly Bureau Hsinchu Branch”, the Hsinchu City Department of Transportation stated that due to the inconsistent planning of the surrounding traffic signal posts and street signs, numerous signal posts were crammed together. The crisscross of cable lines also affects the appearance of the city and makes crossing the intersection dangerous for pedestrians. Currently, the cable lines have been relocated underground and all street signs and signals have been moved onto one pole. In the future, the government will coordinate with the Taiwan Tobacco & Liquor Corporation in constructing pedestrian refuge islands and barrier-free facilities, which will help to create an aesthetic and comfortable walking space. The government reminds citizens to prioritize the crossing of pedestrians when travelling by automobile, and to pay attention to their surroundings and be courteous to each other when travelling by foot, as the quality of the transportation environment in Hsinchu City can be enhanced through mutual courtesy.