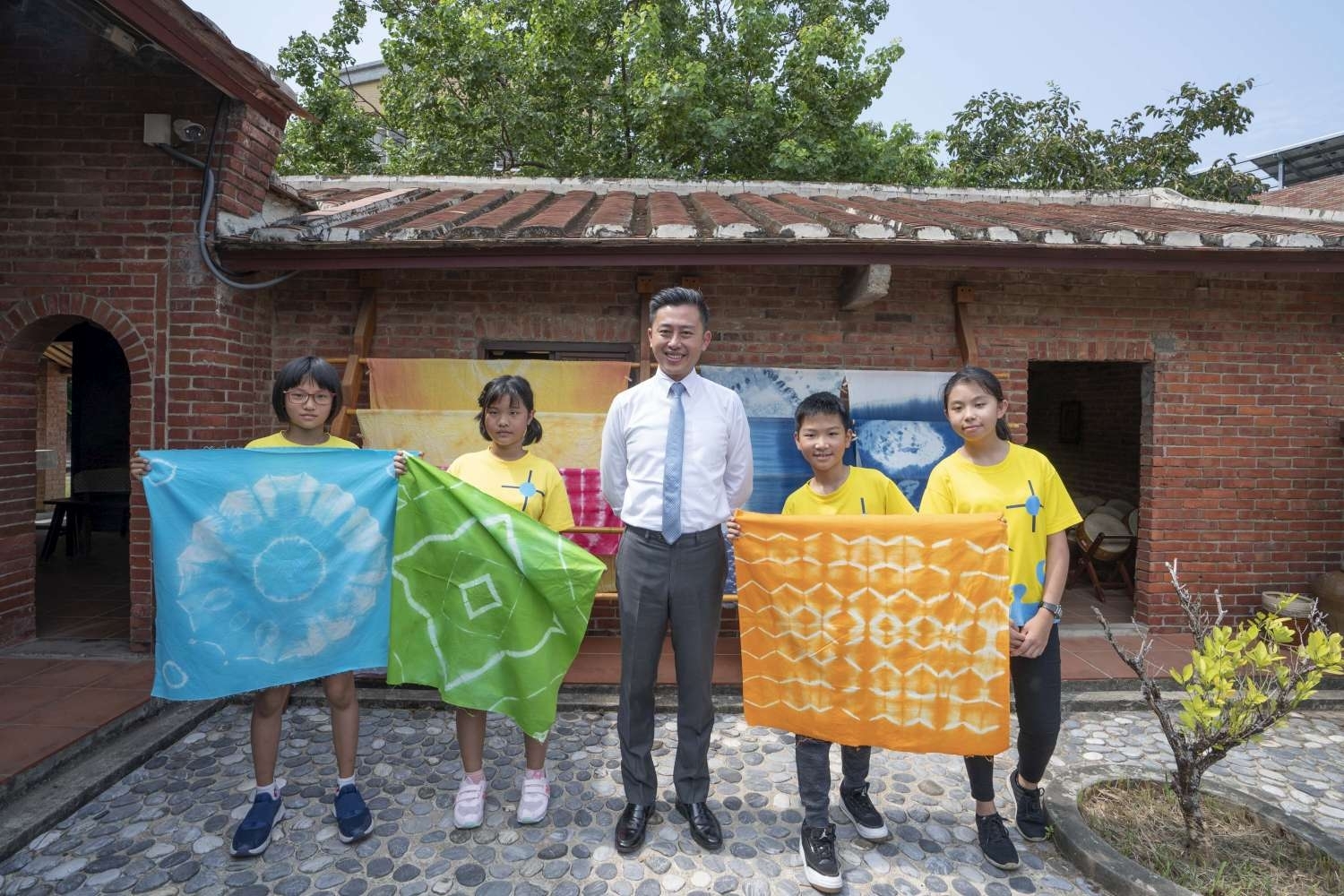 Old sanheyuans are transformed into new classrooms! Sunshine Elementary School in Hsinchu City has preserved a 72-year-old “Sunshine Sanheyuan” by transforming the old building into a “sanheyuan classroom”, which was designed in collaboration with the students. The front courtyard was built into a playground, bamboo weaving arts were incorporated, and indigo dyeing courses were offered as specialized programs. This year, Sunshine Elementary School was awarded the high distinction prize of the Ministry of Education’s Subsidy Plan for Reconstructing Campus Aesthetics, allowing it to rank in the top three among all of the schools in Taiwan. It is also the only urban school on the list. Mayor Lin Chih-Chien has personally visited the quaint sanheyuan classroom to take a Taiwanese native language class with the children from Sunshine Elementary School.

After visiting the interior of the sanheyuan, Mayor Lin Chih-Chien and the students played a Taiwanese guessing game together in the sanheyuan classroom. The mayor exclaimed, “This is the campus of my dreams!” The remodeling of the sanheyuan has fulfilled the children’s wishes: transforming the abandoned flower garden into sandpits that children love, installing new sinks and foot baths that let children wash their hands and feet after playing, upgrading the entrances and exits of the sanheyuan and reorganizing the courtyard space. The children can take classes in the quaint sanheyuan, run around in the spacious courtyard square, and explore the natural environment on the bamboo weaving corridor, which not only makes going to school more fun, but also allows the courtyard to become the most popular gathering place for children between classes.

Wu Shu-Wen, principal of Sunshine Elementary School, said that the Sunshine Sanheyuan has a history of 72 years. Due to the architecture being too old, dim lighting, messy electrical wire routes, poor circulation, etc., the building could not be used as a learning space. Architect Lin Chih-Cheng acted as the consultant for this reconstruction plan, and he discussed and implemented structures together with the students. In addition to reconstructing the sanheyuan, he constructed the neighboring “Banana Square” into a playground for the children. Bamboo weaving artist Su Su-Ren was also invited to lead the students to create a bamboo weaving corridor, and a new platform was installed under the tree as an exhibition space, allowing life, education and aesthetics to coexist on the campus.