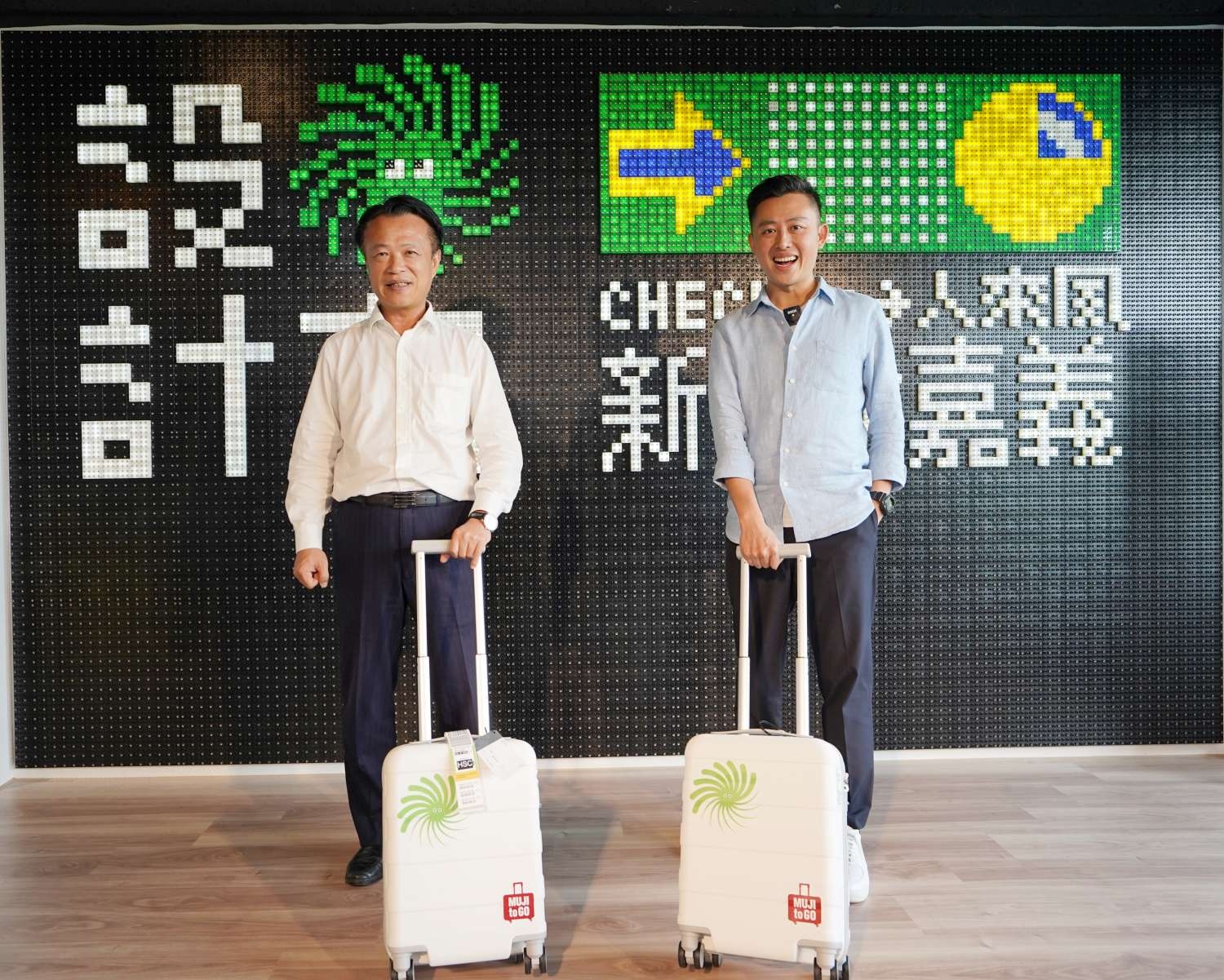 Hsinchu Mayor Lin Chih-Chien embarked on the Design Power, Please Lend a Hand tour to promote the Taiwan Design Expo 2020 to be held in Hsinchu this year. The third stop was Chiayi County. He visited the Pineapple Hill cultural park established by a young person who returned to their hometown and Hao Han Creative Embroidery. Accompanied by Chiayi County Magistrate Weng Chang-Liang, he also went to the only hotel in Taiwan with luminous wooden blocks, The Brick Hotel, promoting the Taiwan Design Expo 2020 together. Mayor Lin said that he learned a lot from Chiayi’s creative thinking and hopes to add more innovation energy to the Expo as a result.

The Design Power, Please Lend a Hand tour group went to Pineapple Hill’s factory which was built by a young local Chen Ying-Yan using his 21 years of farming experience. Company chairman Liu Jia-Fa and Chen explained that in the eyes of local people pineapples are high added value agricultural products; for example, harder parts of pineapples can be used to make pineapple enzyme, while the rest is used to make pineapple cake, using the entire pineapple. Pineapple Hill also has a counter in Hsinchu’s Big City shopping mall that citizens are welcome to visit.

The group then went to Hao Han Creative Embroidery. The third generation owner Chou Rang-Ting has combined creative and sewing techniques, with religion as the theme, developing cultural and creative products such as god clothes, imperial edict environmental protection chopsticks, and embroidered red envelopes; there are even god clothes for Spiderman, transformers and Bumblebee.

Mayor Lin and Magistrate Weng visited The Brick Hotel which has a 33 square meter children’s wooden block play area. He said that Chiayi has changed a lot in recent years, showing the effort of Magistrate Weng, and young people have been given an opportunity to return to their home town to set up a business, transforming traditional industry; for example Pineapple Hill insists on the best quality, only making four pineapple cakes from a single pineapple; Hao Han Creative Embroidery continues the religious culture of the Chinese and has given religious culture a new look.

Chiayi County Magistrate Weng said that Taiwan is full of design power; it can be seen from the stalls set up by young people at creative and cultural markets across Taiwan that young people love the cultural and creative industries; young people prefer products with design feel rather than famous brand products. Design power should also be involved in city governance, he said. Magistrate Weng affirmed Hsinchu’s city aesthetics, saying it lets everyone know that public construction is not only about quality, it’s also about beauty. Design power should be used to give cities attractive cityscapes, he said. 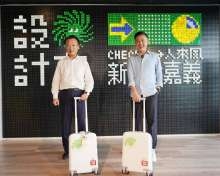