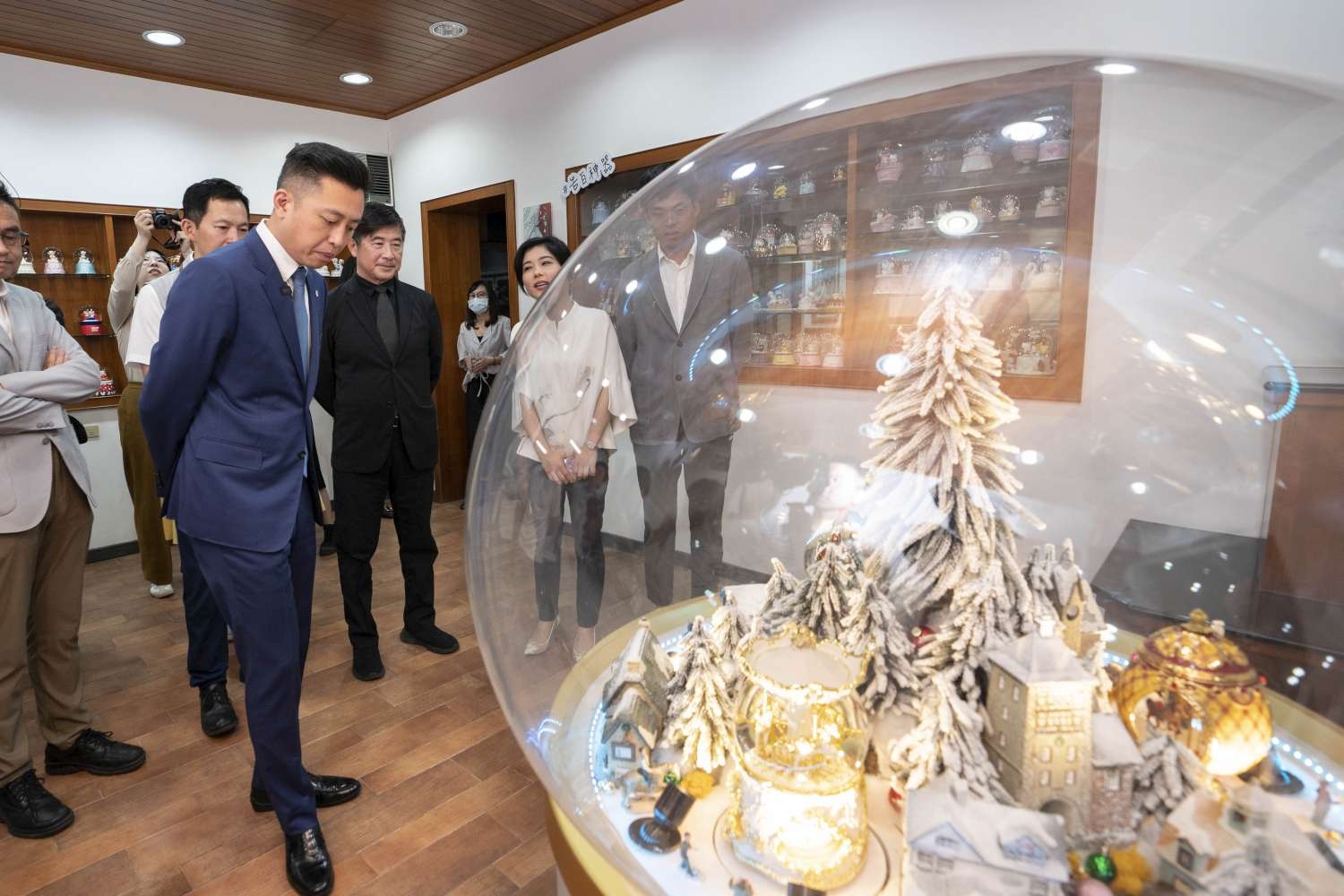 Hsinchu City Mayor Lin Chih-Chien visited the world’s biggest magic snow globe supplier Hsin Lin Glass Co., Ltd. The company specializes in making high quality snow globes without bubbles; they don’t need to be shaken, just turn the winder and the snow inside will begin to fall. It is also equipped with a patented automatic glitter spray function. The product sells strongly in Europe and North America and has a world market share of 50%. Disney, Universal Studios, Starbucks, Costco and Walmart are long-term customers. At Taiwan Design Expo to be held in Hsinchu in October, Hsin Lin will be amongst the design powers from around the world in attendance.

Hsinchu City is the home of glass and is where Hsin Lin began. Targeting the Christmas market in Europe and North America, it focuses on making snow globes.  With glass-making technology as the base, they place various models in glass globes. The reflection of glass is used to create a magnified optical effect, which is accompanied by soft music and snowflakes to add to the dreamlike effect.

Mayor Lin said snow globes are part of the memories of every child. When he was a child, he had one his father brought back from overseas. He would play with it every night and listen to the music. “It made me really happy” he said.

Mayor Lin Chih-Chien said that snow globe craftsmanship gives the people of the world a happy feeling, just like Hsinchu City Government hopes to make citizens happy. It is hoped that, in the future, through large scale events such as Taiwan Design Expo held in Hsinchu, the creativity and energy of Taiwan’s small and medium sized enterprises will be displayed