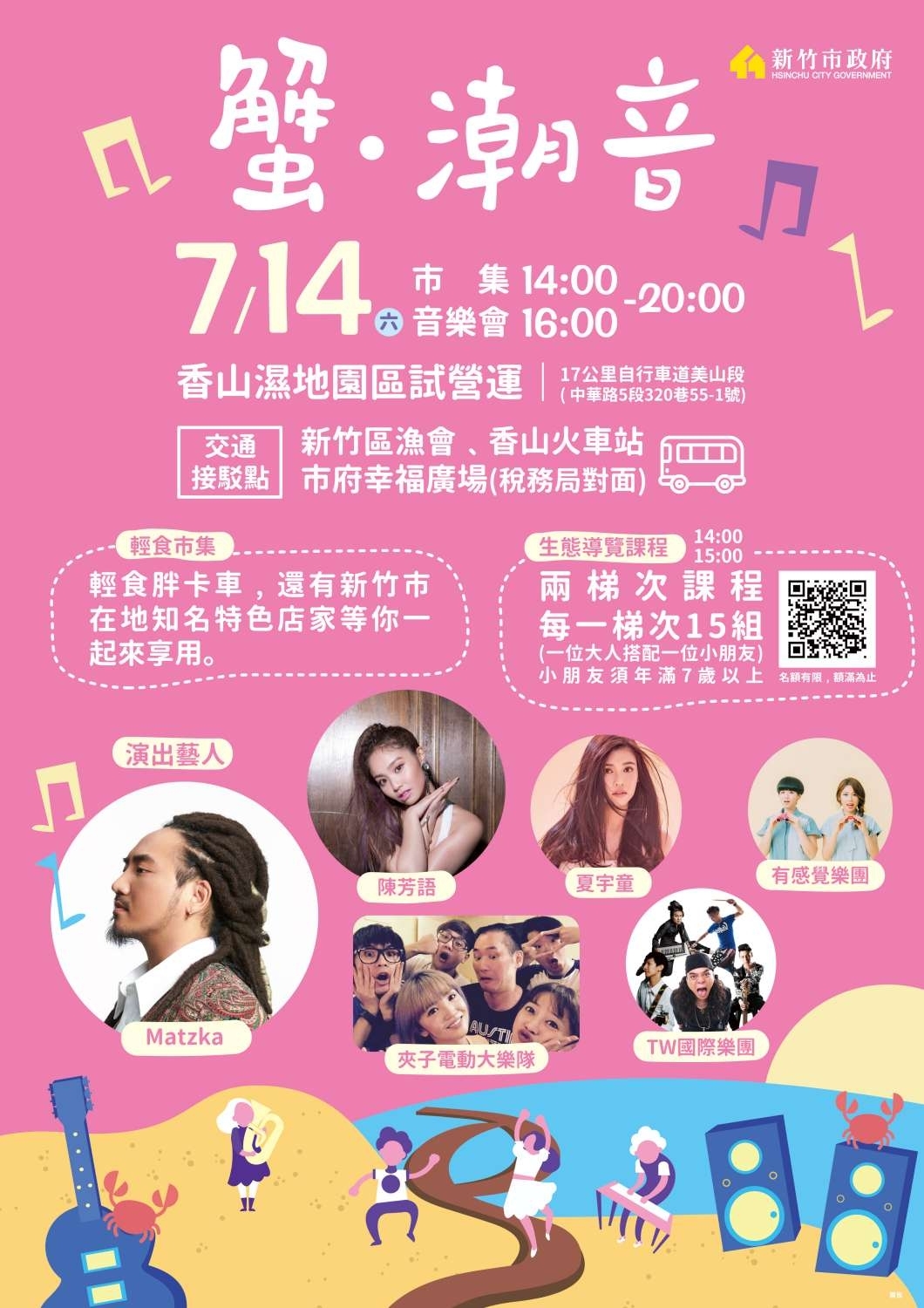 Siangshan Wetland is an important species conservation area in northern Taiwan, and the public is able to see plenty of fiddler crabs and bullet fishes during low tide period. Hsinchu City Government (HCCG) established an ecological park in Siangshan Wetland and transformed Meishan Inspection Office into an environmental education park. The trial run of the environmental education park will start tomorrow (July 14), and there will be a concert presented by multiple famous bands such as Matzka and The Clippers Band (夾子電動大樂隊) at 17 Kilometers of Bicycle Lane (Meishan Section). The address of the concert is No. 55-1, Lane 320, Section 5, Zhonghua Road. The concert will also contain various local delicacy stands and family ecology classes. The public is welcome to join the event and enjoy delicacies, sunset, and the unique ecology in Xiangshan.

Director of HCCG Department of Economic Development Wu Jiatian stated that the trial run of the environmental education park was postponed to July 14 due to weather condition. He hopes the park will become the best natural education field. The park introduces various important crab species in Siangshan Wetland through pictures with descriptions. There are also volunteers providing guiding service which the public is able to have a deeper understanding about the wetland ecology.

Director Wu stated that the concert invites Matzka, The Clippers Band, Kimberley Chen, Tulbus Mangququ & Bunun Warriors, and F.E.E.L. There are 2 family ecology classes on the event day, and each class accepts 15 pairs (1 adult with 1 child over 7 years old). The classes will teach the participants about the ecology and environment in Siangshan Wetland.

Department of Economic Development stated that Siangshan Wetland contains plenty of fiddler crabs, and migrant birds will also pass through this area during bird migration season. Siangshan Intertidal Zone is also an important wild bird conservation habitat that has officially become a part of "The East Asian Waterfowl Conservation Network Habitat (東亞水鳥保護網棲息地)" in Ramsar Convention since 1996. Siangshan Wetland was announced to be Hsinchu City Costal Wildlife Refuge in 2001 and a national treasure wetland in 2013.

The event scene will contain light meal stands and invite multiple famous local food businesses to station on July 14. Shuttle bus service is also available; the public is welcome to take the shuttle bus to the event. 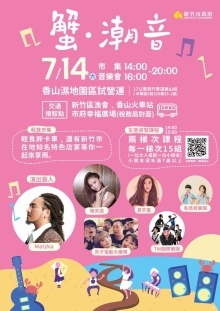 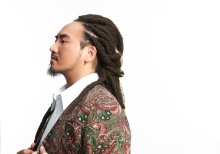